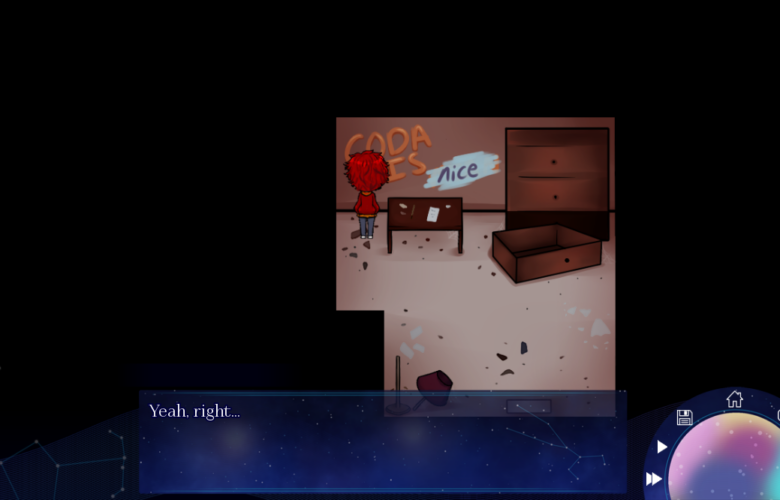 Today we’re going to look at the map process for the abandoned house dungeon, a small area at the beginning of the 2nd half of Asterism. It’s not a key location, so I used “bases” to finish the map quicker.

The first image is a sketch over a base of one of the rooms in the area.

Can you tell what room was used as a “base”? …It’s one of the Zodiac rooms later in the game!

With a new set of floors and walls, some of the furniture moved around, and some dirt on the ground, it becomes a brand new map. After sketching over how I want it to look, I do the basics.

Now we add some debris…

And after some pondering I added graffiti.

Next we have a second room, where the base was Kotachi’s room. Most houses need somewhere to sleep, right? Even if it’s not in the best condition…

Whoever used to live here was as messy with clothes as Kotachi is.

After we add some debris, it’s finished!

And that’s about it! If time allows we’ll add more rooms and areas to it as well as items.