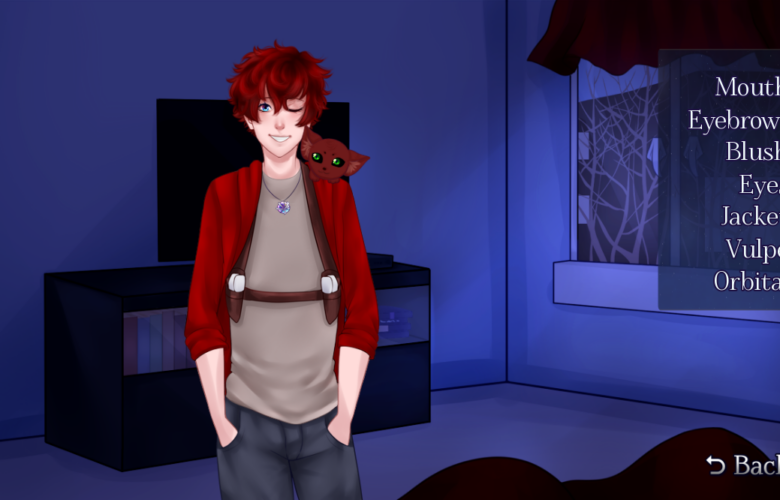 One of the additional features in Asterism is the sprite gallery, where you can view various poses and expressions for each of the characters. This feature is unlocked after completing the game due to spoilers.

When you enter the sprite gallery, you’ll see a list of every character (that has a sprite) on the right. Their sprite will pop up when you hover over their name.

The original concept for the sprite gallery was similar but used the headshots from the sprites as buttons.

One thing to note… there’s over 20 characters in Asterism! So we went with listing the names out to make it easier to navigate.

The sprite viewer was simple- sprite on the left, buttons on the right. Scripting the buttons was a bit tricky at first due to how the sprites are set up, but we eventually got it working.

Once we got the base set up, we formatted the buttons and added the rest of the options.

Finally, here’s the sprite gallery all together!