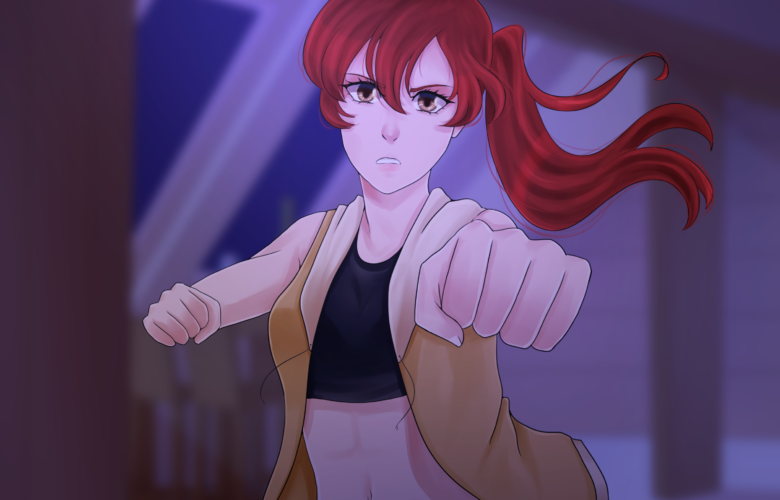 Today we’re going to take a quick look at some new artwork for the fights in Asterism, namely Aries and Libra’s.

First thing we’ll look at is Aries’ fight CG, which is almost finished (as you can see, she’s still missing her bandages and such).

These CGs will primarily be used in the visual novel versions of the fights, so here’s the artwork that will be used for the turn-based combat versions.

These will be used just like Gem’s sprite here.

We also have some brand new cut-scene art for the visual novel battles!