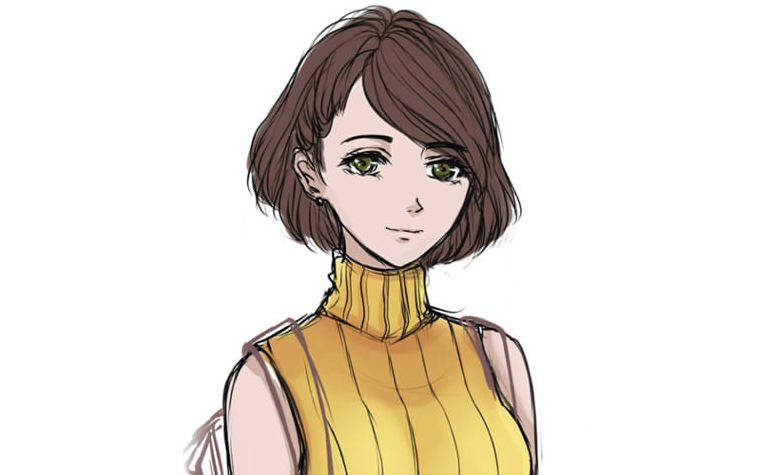 The first two days of NaNoRenO are over, and work has been going steadily! This year, we opened up a large volunteer process to get people from all areas of VN development to come together as both a working and a learning process. I’ll talk a bit more about that in the eventual post-mortem, so for now I’ll write about the project itself and what we’ve done.

The game is still unnamed as of yet but is an otome dating sim with 3 routes- 2 male and 1 female. It centers around a club on campus and the members of it getting into trouble. …I’ll let some of the writers explain the story better in a few days!

Alex is a nursing major far from home who’s outwardly eager and friendly but actually pretty lonely from too-many-semesters of too-many-classes, masochistically trying to get school done sooner than later at the cost of their social life. She’s under pressure from her parents to do well in school, not to waste the loans she’s taken out, to do better than they did, to not make the mistakes that they did, etc. Separately, they’ve both told her that they wished they’d focused on a career instead of getting married, which has proven to freak her out a bit. She’s always had a fascination with abandoned buildings and a curiosity to see what’s inside of them.

We’re all really excited to bring the characters to life- a lot of the promo artists have already started on their pieces!

Over the course of the month I hope other members will be able to share their thoughts on the project and their process. For now, stay tuned!